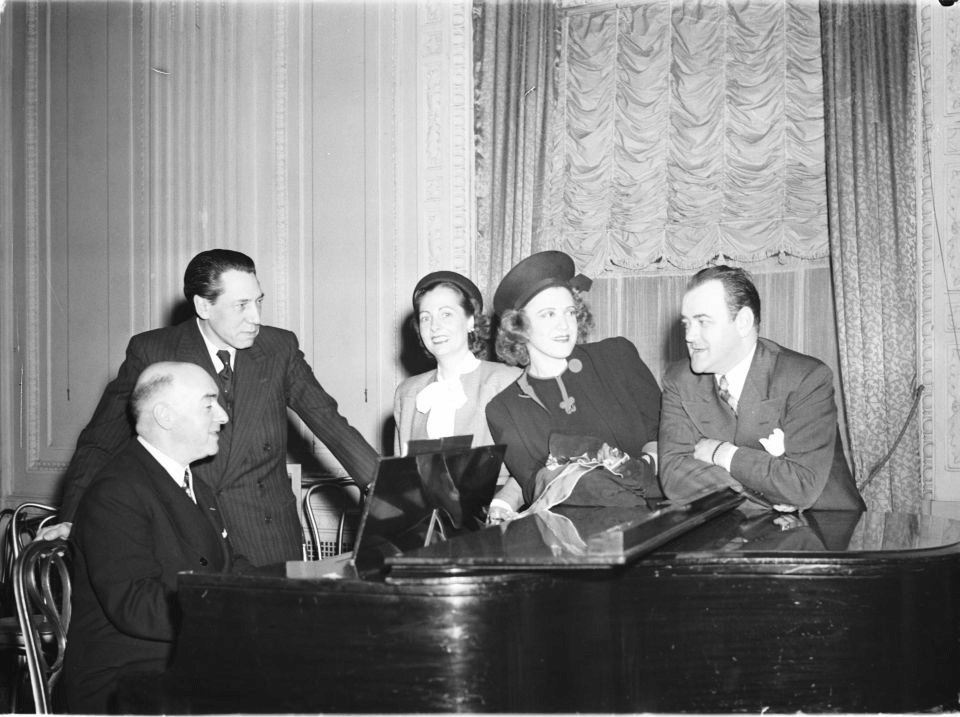 The great Tenor Raoul Jobin
(on the right)
with singers Lily D. Janel,
Rosita Arguello, and Jean Morel
This post is part of the 12-part series, Opera’s Most Beautiful Moments. If you haven’t read the introductory post to the series, click here!

I have been moved to tears only four (or maybe 5) times while listening to opera. The first three were Si, Mi Chiamano Mimi with Victoria De Los Angeles, and Che Gelida Manina with Jussi Björling, and D’Amor Sull’Ali Rosee with Zinka Milanov. The fourth recording is in this section: Con Onor Muore with Victoria De Los Angeles. You will hear that when she sings, “Guarda Ben,” at the end of this recording, it will send chills through your spine. It is sad, dramatic, and extremely moving. It is the last scene of Madama Butterfly where Butterfly sees the child that her and her husband had together for the last time. Her husband is running halfway across the world with her child, and another woman. “Guarda Ben,” means roughly “look well,” in which she is saying to her child, “look well, because you will never see me again.” She then commits suicide. The other dramatic parts after this – respectively – are when Romeo attacks Mercutio for having killed Tybalt, when Luigi tells his lover that he will kill her and make an ornament out of her heart if he ever leaves her, when a clown during a play violently denounces his wife for infidelity being that this play mimics real life, as Don Jose tells Carmen (after she tears his life apart in order to have him), that if he can’t have her, no one will, and when Don Carlo convinces Don Alvaro (a priest) to duel to the death. If you want emotionally exciting music. You have found it.

Here Luigi -in the middle of an affair – tells his lover that if she ever leaves him, he will kill her and make an ornament out of her heart. Placido does a very good job of rendering the scene. Think you have seen jealousy before?

Raoul Jobin’s high notes here have a crazy resonance to them that is unlike what I have heard from most other singers. Here, he violently denounces Mercutio for having killed Tybalt. One of my friends told me that Raoul Join only had three fingers on one hand. I think he told me that he lost some of them in a war.

This is the recording that made me cry before and then stare at the wall. If you didn’t read about this in the introduction to this post, definitely check it out.

Here, the tenor screams, “un brando (a sword),” as Don Carlo convinces him to duel to the death to avenge his father’s death. This is from my favorite opera.

This is one of the most exciting scenes of the opera. The script (known more often as the libretto) is very well written in this opera. This is the scene where the play and reality converge as a clown is denouncing his wife for infidelity before a crowd that thinks it is only part of the play, not real life. His first sentence is, “No Pagliaccio non son! Se il viso e pallido, e di vergognia e smania di vendetta!” This means, “No, I am not a clown! If my face is white it is from shame and a thirst for vengeance!”

Carmen was a bad woman. She seduced Don Jose to leave everything for her, and once he did, she threw him in the garage and went after another man. He screams for her to go off with him. She refuses, and being that he can’t stand it any longer, he takes her life. I went through tons of recordings, and I found that Gigli renders the high note the best, and that he acts the part very voraciously. However, in the original French, the high note doesn’t fall on Carmen’s name, but rather the word, “Demon.” Don Jose really tells Carmen what he thinks of her. She did some bad things. Although it is funny. She said that those who don’t fall in her hands intrigue her. She couldn’t get me in her hands if she tried! The Bible does say not even to walk down the street of a temptress. 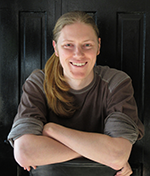